Rakehell - A Review of Exiles and Petty Brigandage 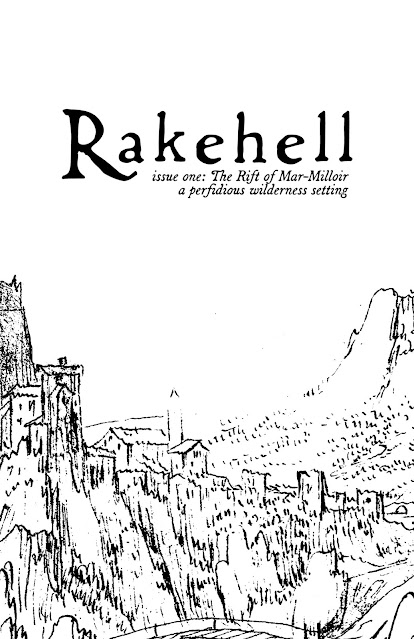 Rakehell is damnably good. It's been circling in my mind since I found it earlier this year, worming its way into my other games and infecting my own ideas of play and creation. I could attempt to dive into the miserable little slice of the world that Brian has presented here which is full of toil, suffering, and fragile hope... but I'm afraid I'm quite ill-equipped to do it justice.

But I'll try anyway. So think of this as more of a semi-coherent ramble (which I hope you can understand) trying to get across why this zine has been occupying my thoughts even still.

Getting the "overview" out of the way, Rakehell is a full toolkit for KNAVE outlining just about everything you'd need to adventure in a sad little region called the Rift. From adventurer generators, content randomizer for exploration, villains and fiends with plenty of variation, and brilliant factions that ooze atmosphere and spur on faction play. Oh and two thematic adventures, a base town, a reactive black market for PCs to influence. 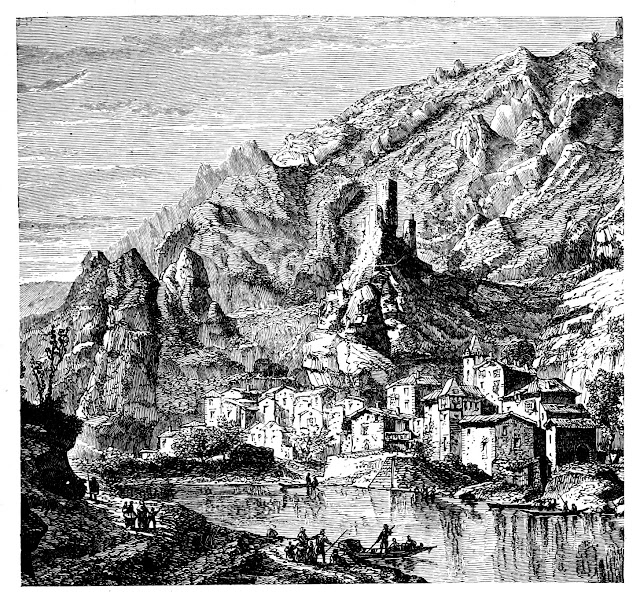 So Why the Obsession?

I must confess, I am a huge Warhammer Fantasy fan. The aesthetic and world of WFRP (both 1st and 2nd editions), were right up my alley. It was grim, perilous, dirty, and violent. It immediately captured me and changed the type of stories and settings I would create with my players at the table, even when we weren't playing it. All that mud and blood made the real heroics or victories (when they did occur), all the sweeter.

Something similar happened when I cracked open Rakehell and began pouring over the truly immense amount of content packed into its 90+ pages. Where Warhammer reveled in the darkness of the world (I mean come on, just look at the Chaos Warriors or Beastmen), Rakehell is ultimately about people and their imperfect nature. It's about bad choices, mistakes, desperately clutching to what you once knew in the face of the unknown, petty justification, and the pain you cause others to shield yourself. It's comparatively a very human and personal affair next to the "eternal chaos threat from hell dimension" shenanigans I know from WFRP, but it retains that great dirty and pathetic aesthetic with Brian's own evocative and eloquent twists added throughout.

I mean, it touches on the ugly bits we should be scared of in *this* dimension: empire, institutional failure, the corruption of the spirit and of "noble" causes, the abuse of power, kicking down, and more. 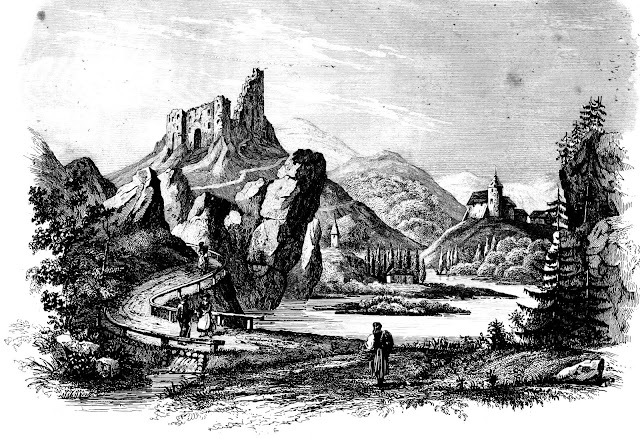 "No Man is an Island"

This evocative flavoring is present everywhere in Rakehell. From the various tables for customizing foes like sinful wyrms or pitiful bandits, to the very weapons and kits PCs start their exile with. But nowhere does this truly shine like the factions presented. There are 10 in all, and each one is just asking for conflict, intrigue, sacrifice, and ruination in equal measure.

See, PCs can start and join a faction throughout the course of a game in the Rift. In fact, it's quite likely they'll do so. Loners and untrustworthy sorts who nobody likes don't last long. It's a land of exiles and folk aching for an opportunity, and nothing screams you're an easy mark like flying solo.

The factions that the characters join can help illuminate what's happening in your world and really make the Rift your own. It organically sets up scheming guilds, pompous institutions, belligerent nations, and zealous religions in one powder keg of a border region. This is ripe for everything from folks getting a second chance to heralding the drums of war whose threat is ever-present.

I also quite like how it hits home the fact that everything you do for the faction, ultimately eats you up in a way. You become less of your own boss (and maybe less than human in one way or another) and more of their instrument, doing their dirty work, trying to move up in the chain in this region that eats people alive. There are no illusions of ever leading a faction or having a say in its goals. Very much sets the tone of faction play here. 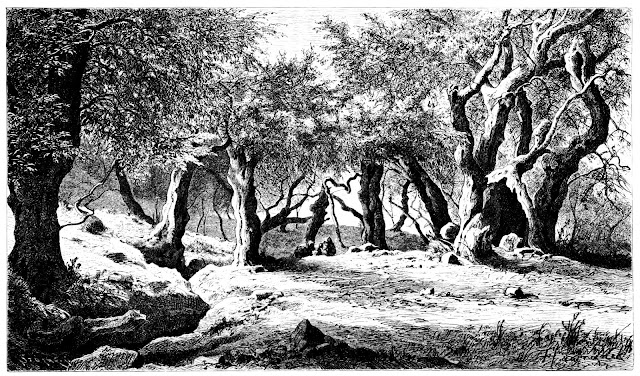 I really like how the factions have unique initiations and shape how characters can earn XP. For example, upon joining the dog-soldiers of the Barghestknecht characters are rewarded for conquering, military, a military junta, or taking a goblin spouse. You also get their nasty tools and grinning helms at a discount.

I like the tables for customizing threats. No two brigand groups are the same and not all of them are generic baddies. For some, their brigandage is quite understandable. A pitiful lot really. The less human threats, like the specters of the First Men or the wicked Fiends, also get quite a bit of nuance from their random tables, full of rich fodder at the table.

It has an Appendix N! I wish more content did this. Brian suggests several other zines, products, and toolkits that would be right at home in Rakehell. Not only does this grant some much-needed attention to great content, but it's a rich way to look at the ways a work can be twisted or tailored for your own table. "Hey, here's some cool stuff to bolt onto this and what you might do with it" is always great.

The weather is... strange in these parts. It is truly bizarre. 12 entries to really get across that the Rift is just not a good place. One moment you're setting up camp, the next thing you know a creeping cold fog filled with predatory things spreads down from the mountains or whaling some clouds for sustenance. Keep that almanac close at hand!

I could go on and on.

Like I said when I started this whole thing, it's good and I'm quite fond of it (if you couldn't tell). I've run several escapades with it using KNAVE, Into the Odd, and Whitehack. I've used it for several other campaigns entirely removed from the Rift as well. It's $3. An expanded sequel work is on the way. What more excuse do you need to pick it up?

Milton
Hi! I love to run games and make worlds!